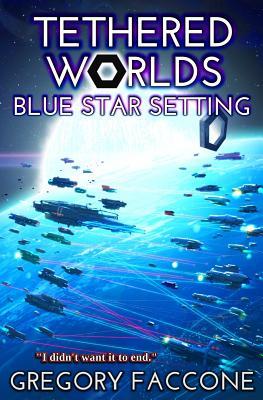 Jordahk Wilkrest no longer has the luxury of believing he isn't special. His family line can work mystic technology, something fewer and fewer can do. Not only that, but his grandfather was a user of tremendous ability called a “Sojourner.” Jordahk has used mystic himself to get out of jams, something happening all too frequently of late. But he's still fearful of the dangerous technology, and for good reason.

Then, without warning, Jordahk's grandfather shows up again. The trail of their previous adventure is being followed. Their old friend and the mysterious girl under his care are in the cross-hairs of the power-hungry Archivers. But two men and a crazy robot aren't exactly a crack rescue force. And as the clues come together, they realize a much greater threat is gathering. One that calls for a legendary ship and the power of a Sojourner.

Too bad the ship's buried behind enemy lines in a system oppressed for two centuries. Can Jordahk revive the spirits of those subjugated in a war lost generations before? And what of the girl who's increasingly showing near-impossible abilities? Somehow Jordahk has to lead her, get the ship, and warn the free worlds of impending doom. For who's more vulnerable than those who wrongly believe their armor is impenetrable?

This is very much a middle book in a trilogy or a series. That's not a slight, just a fact. While there are enough references to the first book Tethered Worlds: Unwelcome Star, it's obvious to the reader that there's another story out there (definitely worth reading, I must say). And the way this book ends, although the events in this book come to their own conclusion, the overall story arc has (at least) another book in it.

I didn't feel as overwhelmed by this book as I did the first. I'll chalk it up to being somewhat familiar with the characters from the first book—Jordahk and his family being the easiest to recognize. I had a better understanding of the pantheon of villains in this one too. Faccone does a better job of differentiating them. And they didn't all wear black hats. One was definitely gray, probably brought about by the events that transpired in Unwelcome Star. Some of the minor characters from the first book are gone, replaced by new ones. Faccone did a good job of fleshing them out.

Blue Star Setting clocks in at a whopping 548 pages, even longer than the first book. The length of the novel gave Faccone the space he needed to render those minor characters, but he's still providing us with scenes that go on for far too long. "Brevity" is not in this author's toolbox. I think he could've gotten away with a 15% shorter book by trimming or cutting action scenes.

There are also scenes in both books that don't factor into the main story at all. They seem to be included only because they take place in parallel to the events on the main stage. I'd be inclined to suggest cutting them, but it turns out that Faccone does this to set the stage for events that will happen much later down the road. For instance, one of the new characters is Khai. She was in stasis during Unwelcome Star, so I didn't get why Faccone bothered to include the events pertaining to her rescue. Turns out, she emerges in this book and plays a major role in how this story plays out. Another example is Rewe, a villain. I didn't really gather his purpose in the first book, but in this book, Faccone offers two key scenes showing the development of his character into a major antagonist for a future book. Faccone is definitely a man with a plan.

As I mentioned in my review for the first book, this is a meticulously detailed universe. Faccone's world-building is top notch. The setting is rich in history with amazing technology that lives up to its "mystic" moniker. And I get the sense that he has even more in store in the next book(s) in this series.

Ignore my curmudgeon talk. While I bemoan its length, particularly the battle scenes, the pacing of the story doesn't drag. Faccone certainly gives the reader her money's worth. Blue Star Setting is a welcome addition to Faccone's Tethered Worlds series. It's more big and bold space opera with a hero you can root for as he grows to fill some very big, yet well worn, shoes. Highly recommended for space opera fans.

For more information on Blue Star Setting and other books in the Tethered Worlds universe, please visit the author's website.
Posted by DED