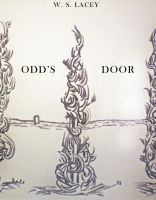 Roger North and Lewis Spender, students and friends in the early Twentieth Century, are on a mission. In order to win acceptance into a club of rational thinkers, they must solve a seemingly paranormal mystery. Spender has chosen the case of the insane playwright, Adelard Odd. One person reading Odd's writings was struck blind, and three other people disappeared while in his room at the Quartersoake asylum. Once at the asylum grounds, the two men find out soon enough that Odd's door, a door ostensibly leading to nothing, is an axis mundi that involves those entering in a myriad of shifting universes. North and Spender are soon separated; Spender is held up as a king in the civilization he happens upon. North reappears with one eye colored silver; he is now able to see past and future and is also gifted with sight in the subjunctive mood.

They reunite and contend with multiple realities, described with a Douglas Adamsesque matter-of-factness. Trying to escape from a land run by paisley-clad Greeks, they briefly encounter Odd, who is a ruler, and who initiates a destructive impulse that lands them back on terra firma.

But the rational thinkers' club is a ruse. Spender is really on a mission to find out what happened to his mother, one of the three people to have disappeared through Odd's door on her own Odd-yssey. This Oedipal journey (we meet the Sphinx not once, but twice) subsequently leads to an island off Tunisia. They soon realize that dealing with doors such as these is dealing with Death, and they try to avoid killing or being killed as they search for Spender's dematerialized mother, aided by the sinister, scarred Dr. Holroyd.

This is very enjoyable reading. Lacey is a superb writer. The reader will encounter wonderful old words like “grimoire” and “catafalque.” The allusions to mythology (I probably missed some of them) are enticing. Do not fear Doors, but allow yourself to be immured in this story.