The Hawk and His Boy by C.H. Bunn 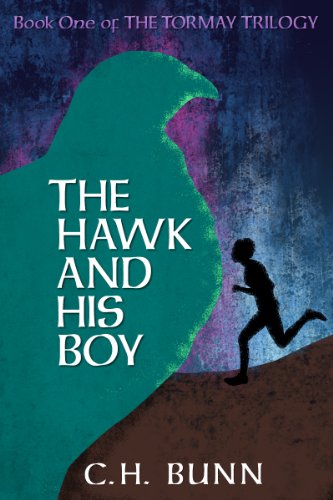 The Hawk and His Boy by C.H. Bunn is the first book in The Tormay Trilogy. It's a beautifully written and professionally edited epic fantasy set in a world filled with rich history, ancient magic, and diverse characters who all have their secrets.

The book starts out with a boy thief named Jute who gets a simple assignment – retrieve a box from an old house and give it to the Knife, the Thieving Guild's greatest assassin. “Don't open the box,” says the Knife, “or I'll cut your throat so wide the wind'll whistle through it.”

Of course Jute opens the box, releasing a powerful magic that manifests itself as a hawk. Jute is soon on the run from the angry wizard whose box he stole and the Thieving Guild for breaking his contract by opening the box.

The book is filled with other point-of-view characters who never meet, but whose stories point toward an eventual convergence in the next two books. The Knife is tired of his Thieving Guild jobs and longs to retire to his own private island paradise. Levoreth pretends to be a simple country lady, but hides an ancient wisdom and a powerful connection to the world and its animals that implies she's much more than she seems. And Nio, whose box Jute stole, is a morally corrupt wizard who willingly allies with the Dark to obtain magical power, even though he knows he risks his soul and the release of forces he may not be able to control.

The world of Tormay itself is a character. Bunn spends a great deal of time describing its history, legends, geography, and its flora and fauna. The Hawk and His Boy is not a roller coaster ride as much as a leisurely walk though a verdant forest where you pause to smell every flower, listen to every gurgling stream, and watch the sun set beneath the hills before searching the night sky for constellations...

Which demonstrates my one criticism of the book. It's beautifully written, but the writing was too beautiful at times. For example, the wizard Nio muses on how he came to practice Dark magic:

All souls are like dwellings shuttered and locked against the night. If one dreams too much, then a light grows and shines from behind those shutters. That, by itself, can be enough to draw notice from whatever stands outside in the darkness. If one continues to dream, day after day, then perhaps the door of the dwelling creaks open, and the sleeping soul wanders forth into the night, shimmering with the light that is the mark of life. The darkness is wide and the night is complete. Even a little light may draw attention.

Beautiful, yes, but numerous passages like this brought the plot to a screeching halt. I found myself wanting to skip entire pages to get to some action. There were also many information dumps -- beautifully written information dumps -- which Bunn could have incorporated through dramatic character interactions.

Despite these criticisms, I enjoyed The Hawk and His Boy. Bunn did a fantastic job setting up Tormay and its people for the battles ahead, and I look forward to seeing how it all turns out.

The Hawk and His Boy is available on Amazon.

More information about The Hawk and His Boy is available at The Indie Spotlight.