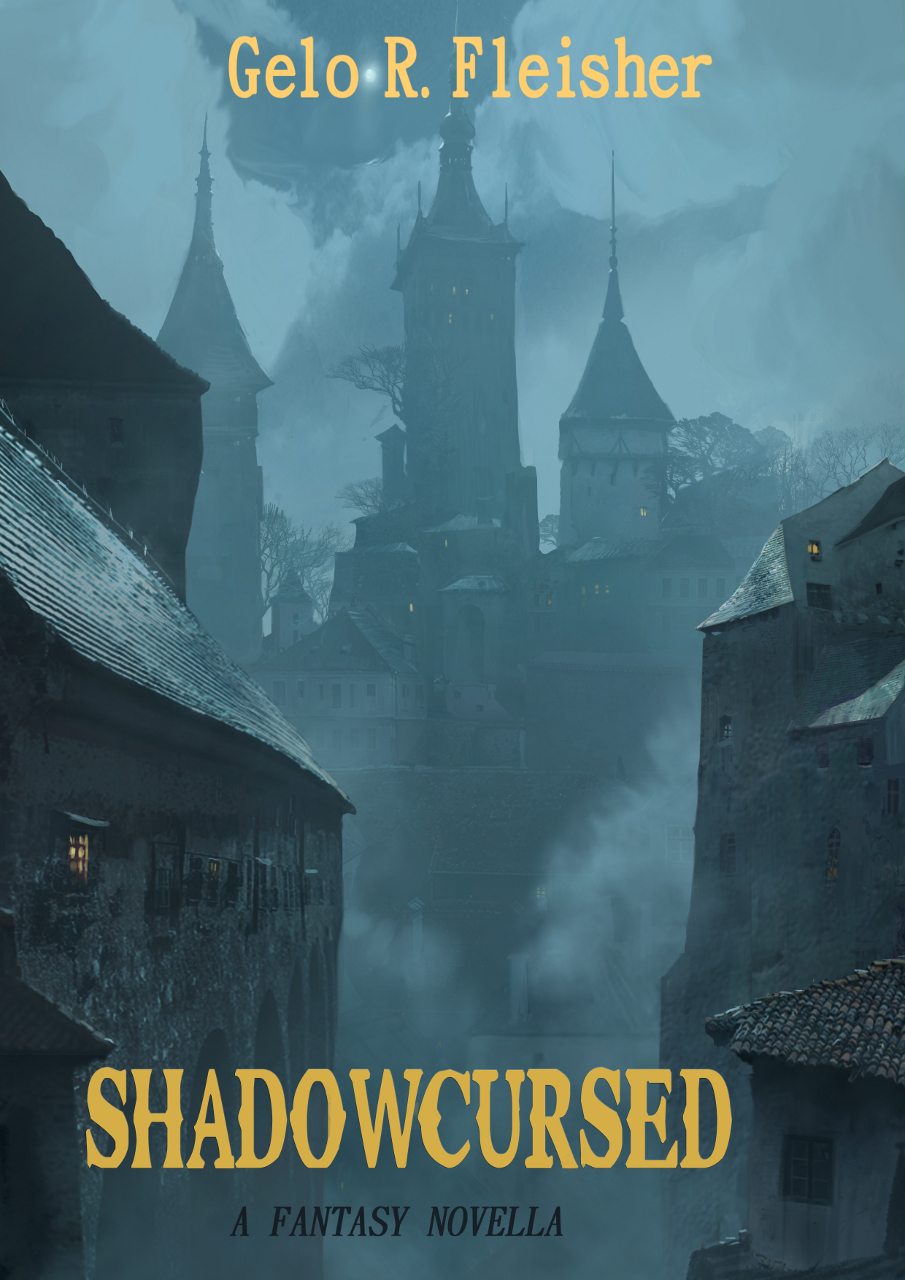 Bolen is a thief, plying his trade under the spires of an ancient and sprawling city. Worried that he's growing too old, Bolen has lined up a risky job, just to prove that he can still pull one off.

Tonight, he's going to break into a nobleman's vault and help himself to its contents. What he doesn't know is that inside is the key to a secret as old as the city itself.

Kings have killed for it, demons have coveted it, priests have prayed for it, and in a few moments it will be in his hands. And when it is, the adventure of his life will begin.

I was drawn in by the protagonist, Bolen. He's a guy in his 40's who realizes that he doesn't have the dexterity or strength that he once had. As a guy in his 40's, I can totally relate to that. Screw all these fantasy novels with young men at the peak of physical shape; let's hear it for the middle-aged guys whose bodies have succumbed to time and gravity!

Credit Fleisher for capturing a man stuck at the moment in his life where he realizes his mortality. Except for a few stints down at the docks, he's been a thief his whole life, an occupation for the young and nimble. He looks around and realizes he has nothing to show for it, save his reputation. While he's been successful enough to still be alive and have all his limbs, he hasn't accrued any kind of savings to cover old age. That assumes he doesn't die in the gutter, penniless and alone. He should move on to something less risky, but the irresistible lure of one more job, one more big payday, beckons him.

And it is this predicament that tears him up inside. After a life of thievery, Bolen is full of regret. Having survived the hubris of youth, he acknowledges that what he does is wrong, but feels powerless to change. He seeks forgiveness from the local church and a way out of the only life he's ever known. He soon discovers that he has become a pawn in the city's power struggle. But even pawns can play a decisive role in the game.

Fleisher skillfully details Bolen's city, paying attention to the places that the common folk inhabit: wharves, churches, taverns, nobles' houses. It is a fully realized world, and apparently there's a video game, too.

Bolen's fate is settled before the end of Shadowcursed. There's no endless series of books to slog through. In fact, Shadowcursed is a novella. Fleisher advances the story at about the right pace, with an appropriate amount of action and intrigue. It isn't all soul searching, though that is the underlying story.

All in all, Shadowcursed is a seldom seen (in fantasy) excellent character study of a middle-aged thief stuck at the crossroads of life. Fleisher constructs a easy to visualize setting with a very real protagonist who must choose between one of the fates dealt to him or craft one of his own.

For more information, including where to buy it, visit the author's blog. Or you can just go straight to Amazon.
Posted by DED