In The Clear by Ayami Tyndall 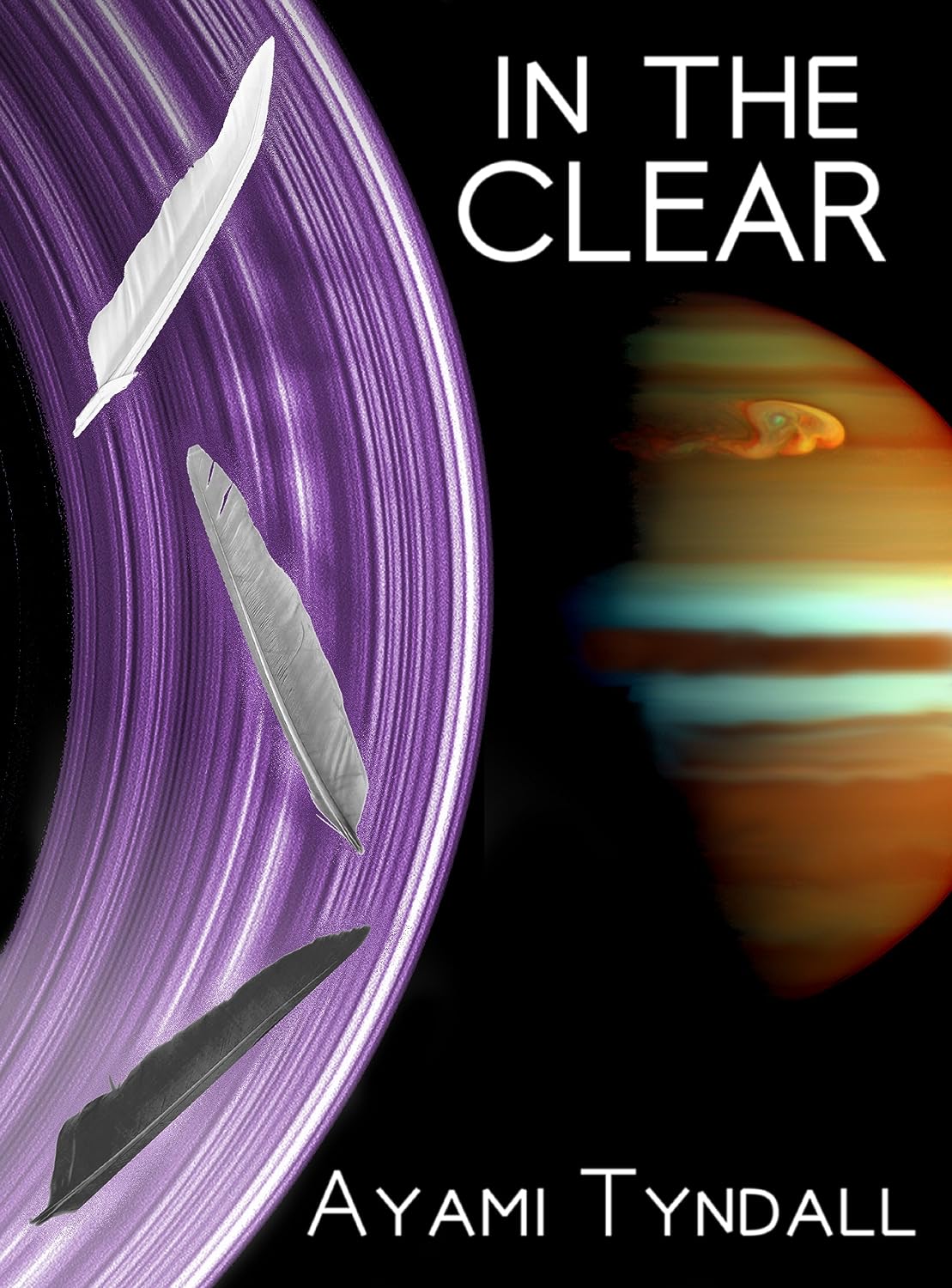 Arne was content with her career as a hydrogen rigger, harvesting fuel from Saturn's clouds for use across the solar system, until two prospectors offered her a job that kindled old desires. She used to be an angel, a guide through the lightless sky beneath Saturn's clouds, but abandoned that deadly wasteland years ago. Now she returns, taking flight again on cybernetic wings to guide a new prototype through the invisible gale of the liquid sky. She used to know Saturn's depths well, but returning ignites old scars, and there is something new and unnatural waiting in the burning air.

When the wind comes for her and her wings fail her, will she remember why she calls herself an angel?

This is one of those sci-fi novels that dares to dream big. I got hooked on the concept of "angels"—humans with artificial wings—flying through the depths of Saturn to assist in hydrogen mining. Tyndall evokes colorful language to describe Arne's flights through Saturn's atmosphere. She relies on her suit's sensors and the flutter of eddies as they play across the metallic feathers of her wings. There's a grace to her swift acrobatics and deft maneuvers that is reminiscent of a well-choreographed ballet.

The story also deals with obsession. Tyndall's main characters each have something they're obsessed with and can't let go. Arne is obsessed with her past failures as an angel, while the Drakes, Arne's employers, are obsessed with their mission. Neither seems willing to let go when confronted by the other, and the story becomes a race against time to see if anyone will come to their senses before facing disaster.

So it is with reluctance that I have to dredge up the flaws in this work. First off, there are problems with commas. There aren't enough of them, and there are many more that are misplaced. These and other typos would've been easy to repair with a proper proofreader.

A more serious problem lies with the layout of the story. There is the current story where our intrepid heroine guides her employers down to the depths of Saturn, and then there are the flashbacks to her days as a full-time angel. The placement of the flashbacks within the overall story confused me. The book starts with Arne in the middle of her current job, and then flashes back to the day when she met the Drakes. At the start of chapter two, I realized that this was the new current setting. But in chapter three, we get another flashback that goes back even further to her angel days before returning to the current story. As there are similar action sequences in Arne's past and present, it was too easy to get lost. It was only when Arne interacted with other characters that I could place when we are at. I'm not sure that all of them were necessary or in the right sequence.

The other major problem I had was with the characters. The present day story and the flashbacks are told from Arne's POV. While she walked a fine line between reliable and unreliable narrator, I was more concerned by her interaction with other characters. When told by her employers that an angel had died on their previous foray into Saturn's depths, she seemed a bit too unmoved about it. This was supposedly an organization with close ties among its members—a brotherhood. She was more concerned about bad intel from the Drakes than the death of a fellow angel. But as soon as she found out it was someone she knew, she flipped out.

I found too much inconsistency with the Drakes' behavior. They could be remorseful one moment, and then snippy and insensitive in the next. I couldn't figure out if the remorse for dead angels was sincere or not. There is also one point where Mel seems like she's near death, and then in the next chapter she's up and around going about her business. No explanation was given for her miraculous turnaround.

Ok, I've spent way too much time being critical. Despite these flaws, In The Clear is a good read. Besides inspiring us with humans flying through the reaches of Saturn, there are also matters of exploration. Tyndall draws parallels to deep sea diving here on Earth. What lies waiting for Arne and the Drakes in the depths of Saturn? What effect does Saturn's magnetosphere have on the human mind? While the underlying theme of the destructive consequences of obsession is a familiar one, Tyndall demonstrates that there's a way out if you're willing to recognize it for what it is.

In The Clear is available from Amazon and Smashwords.
Posted by DED