Flesh and Grass by Libby Cone 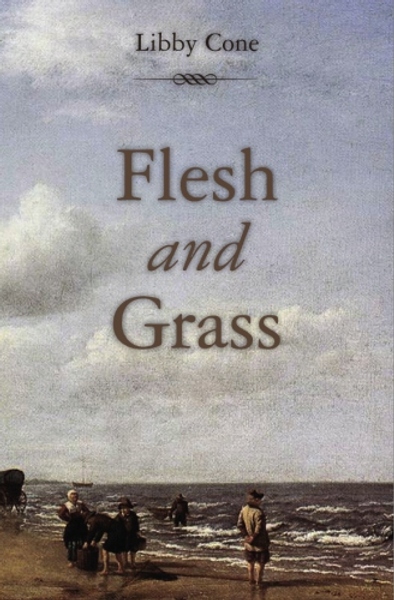 Flesh and Grass is the fictional memoir of Cornelis Plockhoy, the son of Pieter Plockhoy, the founder of the ill-fated Dutch settlement of Zwaanendael in what is now Delaware. As if a novel about a Dutch colony in North America weren't rare enough, Cone's protagonist is blind. As such, Cornelis recalls his life's experiences through his other senses, particularly scent. Nearly all of his memories have some olfactory attribute, whether pleasant or foul, associated with them. Cinnamon recalls his ever supportive mother while the odor of cooked meat is a horrific reminder of his father's death.

Like the Puritans in Plymouth, the Dutch in Zwaanendael are there for religious freedom. Much like his father, Cornelis is a pious man. But unlike his father, Cornelis is faced with one test of faith after another. Although he never questions his blindness, life in the New World brings enough calamity that he wouldn't be blamed for thinking himself a descendant of Job. The colony is caught in the crossfire between the British and Dutch Empires. Each round of battle between the two nations brings some form of tragedy to the settlement and Cornelis' life. While he prays for deliverance from the avaricious struggles of nations, part of him wonders why he and his brethren must suffer so.

Cone has painstakingly researched her novel. While she admits to taking liberties with a few of the characters, the historical events that transpired are factual. The dialogue, while obviously written in English, is peppered with enough Dutch and Old English to grant an air of authenticity to the story. While this should be considered an asset, it might turn off some readers uncomfortable with the vernacular of the time (mid to late 1600's).

While Flesh and Grass offers a window into 17th Century colonial America, it is the tests of Cornelis' faith that make up the crux of the story. Each newfound joy and sorrow over four decades of life spent in the settlement work at the foundation of that faith. In the end, we learn whether or not that foundation is on solid ground or sand.

Flesh and Grass is available in different eBook formats through the author's website.

I came across an earlier version of this last year, on the Authonomy website. Despite having to read it on screen, via a less-than-ideal user interface (and a dial-up connection), I found it engrossing, and read the entire book. A fine work.