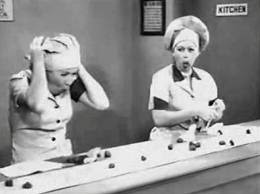 I picked out these pieces in the first week of March and only now am able to review them, not only due to being involved in a move but also due to the sweetness of some of the candies coming down the belt. I think the caliber of Smashwords submissions is improving.

Here Today by Simon Groth is a novel about a woman doing a short-term gig as an occupational therapist in a palliative ward. It takes place in Australia. The protagonist, Astrid, is bunking with a friend, Leith, who herself has become paralyzed from the waist down, and who deals with it by dressing and behaving like Lindsay Lohan. Astrid has self-esteem issues, but does some good work with the mostly elderly clientele, and with a famous writer who has suddenly become locked in by a stroke. The theme of the book is communication; sometimes this is expressed with slightly heavy-handed metaphors, as when Astrid bites her tongue seriously enough to require medical attention, but overall the interplay between her, her patients, and her friend is handled very well. The narrative explores the lies we tell to ourselves and to others, and the struggle to communicate truthfully that some never win. It was an enjoyable book overall.

The Empress Rose by Chris Eastvedt held my attention for many pages, until the constant info-dump of material about the superiority of hydroponic farming wore me down. At my new digs, a front and back yard with scruffy grass are challenging me to revitalize them organically, but I doubt you want to hear much about the three-bin method of composting or the pros and cons of corn gluten meal. But Rose doesn't stop. At a farmers' market, after she has explained to other farmers in excruciating detail how her methods are superior, she starts all over again preaching to a restaurateur. I have been accused of doing the same thing over topics I am passionate about; I have learned that it is a quick way to bore people conversationally, and it sure is a good way to bore the reader if one is not careful. 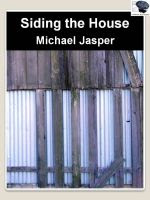 Siding the House by Michael Jasper is a short vignette about a poor African-American family living down South who try to preserve a little joie de vivre in the face of threatening monotony and casual racism. The story is narrated by turns by Kanita, the little daughter, all brightness and speed; her depressed mother; her toothless grandmother, who tries to keep up morale by constantly making candy (an imaginative example of self-defeating behavior); and Bobby Ray, the developmentally delayed brother. Their house is being covered with siding by two young white men who seem to illustrate the downside of attempts at upward mobility in a racist system. Kanita disowns the siding, calling it “ugly,” and manages to hold onto her self-esteem. Beautifully written. Tim the Tale Teller by Timothy Conerson:

"By 2010 President Obama was constantly looking for terrorist in every corner of the globe. While cities and towns in the United States crumbled, Chinese computer programmers began to create a virus that paralyzed the weapon systems in the U.S. All combat took place hand to hand, gun to gun. The people of the United States were not particularly patriotic during that time so it was easy for the Chinese military to occupy the U.S."

This is from “The Peoples [sic] Republic,” the first of several short stories. I think he means “terrorists.” This would have worked so much better if set in the distant future, with names changed (and text edited; there are many typos and grammatical errors). The year 2010 has come and gone, and I see no dearth of people who consider themselves patriotic, from the Tea Partiers to the strikers in Wisconsin. The author really liked his own book; he gave it five stars on Amazon.

Chewing on Pen Caps by Cloud Buchholz. I think this is. A type of experimental fiction. Because when the narrative is. In the POV of. Or about the protagonist. Lemon Anderson. The structure reverts. To sentence fragments. But it's difficult to read. And no substitute for character development. Which may happen eventually. But not soon enough for me.

If you find explicit sexual content unpleasant, read no further.

This is Butte. You Have Ten Minutes by Craig Lancaster

and Gunshot Stigmata by Scott C. Rogers, if I had them in paperback, would probably smell of stale cigarette smoke and dried beer, with covers splotched with dried secretions whose origin I might not want to know. The Lancaster book looks at the trajectories of the lives of several people in Montana, down on their luck, and in one case, in prison. There is a lot of riding of Greyhound buses, furtive and fast screwing in a bus station restroom, and the exchange of a blow job for a lift with a trucker. The prose is intense but smooth, like good black coffee. The characters are honed by experience, mostly bad. Any residual loyalty or vulnerability is tested or betrayed. The whole narrative is bathed in yellowish sodium streetlight.

Rogers' book is different, in that its unreliable narrator is usually stoned and always insane. A damaged product of the foster care system, he plays guitar until his incapacity to bear life leads him to shoot himself in the hand, hence the title. He does try to find love; an uninhibited male view of sex runs rampant here and is refreshing. Rogers writes about sex and the ever-present undertone of aggression, like Charles Bukowski on steroids: “The mole that hid just on the inside of her right thigh. Whenever I ate her out I always kissed it goodbye afterwards, pulling up with a chin wet like a lion fresh from a kill.” The novella is in many short, disjointed chapters that jump around like the disordered thoughts of a severely shattered soul. Very well done.