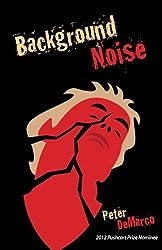 Henry is a background kind of guy. He keeps his life simple, eschewing any kind of a career, observing the working-class lives around him. These stories, written in the first or third person, show Henry dealing with his problems, often by trying out roles. His parents both died young; he has them on his mind a great deal. He keeps meeting nasty priests; one comes on to him, and another is observed wearing Henry's late father's shirt, stolen from the donation box. He closely observes some gay men, but does not feel any temptation. Henry's acute sense of color irritates some folks; the grown-up former bully in his neighborhood is incensed by Henry's painting his house in an unusual color scheme, and exacts revenge over and over. The reader begins to feel claustrophobic, but cannot stop reading, having become all too enmeshed in the protagonist's passive-aggressive inner world, where thought equals deed. Finally, Henry lashes out violently at an easy target. Or does he? He seems to understand that he cannot replay his childhood in ways other than how it has transpired. He still plays roles, though; the reader is left hoping for more of these acutely-written stories to see if this shadowy "virgin man" will ever break through the fourth wall.
Posted by Libby Cone