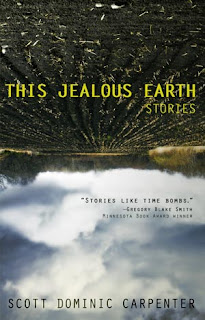 It is interesting that one of these sharply written short stories, “The Spirit of the Dog,” takes place in a uranium mine. Instead of looking for sparkly bits of gold, the miners run around with Geiger counters after a preliminary blast, looking for little bursts of radiation. Most of these stories involve connections: their breaking, their forming, their resilience, their failure. Just as the forces binding particles in the atomic nucleus are enormously strong, many of the characters in these pieces are drawn, despite themselves, to their imperfect families, to their treasured pets. The opposite occurs in “The Spirit of the Dog”; the various miners pit themselves against the new, pretty engineer. Their individual stubborn egos form a sort of misogynist hive mind whose evil ideas drive everyone apart.

The egos of squabbling or drunk parents get in the way, but their kids band together for mischief or otherwise store up memories that refuse to die, and, when probed, yield little bursts of love. In “Inheritance,” a computer programmer is reminded of the illogical kindnesses of his alcoholic father as he cleans out the latter's home after his death, and has to confront some of his darker ideas of the family romance as he sees himself through the eyes of his son. In “The Death Button,” a young college student sells his plasma to make rent; he is caught up in the drudgery of survival until, as the subject of a psychology experiment, he is compelled to note each instance he thinks of death. His inadvertent running over of a squirrel starts him obsessing about death, spurring him to behave more decisively towards someone he loves.

The title story concerns a family in the last throes of preparation for the rapture. The son doesn't buy into it. As his parents scurry around doing useless things like housecleaning and clothes packing, he thinks about practical, Earthly concerns like money and food. Slowly, the rest of the family, starting with his sister, realize the strength of their own connections. What girl would choose the uncertain amusements of Heaven when she has a brother who calls her “Kitty Cat,” and who tries to arrange future care for her hamster?