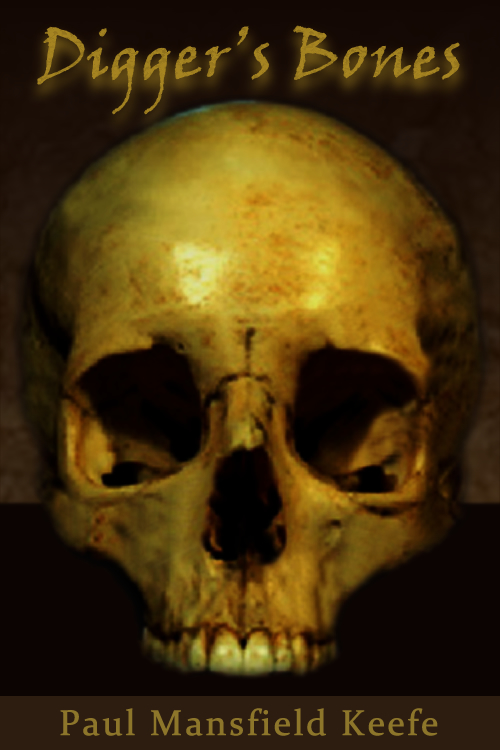 Newspaper reporter Angie Cooper has a past filled with regrets. She was once an up and coming archeologist, but it all came to an end when she rushed to publish findings that later turned out to be false. Not only did she lose her career, but she lost the respect of her close colleagues and her boyfriend at the time, Jack Reilly. Only her friend Terek “Digger” Rashid stuck by her side and defended her through the scientific firestorm.

So when Angie receives a frantic phone call from Digger pleading for her help with an explosive archeological find, she doesn't hesitate – she hops on the next flight to Washington DC to help her best friend. But then Digger is murdered before her eyes, forcing Angie to race from Washington DC to Israel to Germany trying to find an ancient set of bones that could overturn two thousand years of theology. Angie faces professional hit men, murderous religious zealots, and a powerful politician who will stop at nothing to ensure she does not bring the truth to light.

Paul Mansfield Keefe's Diggers Bones is professionally written and fast-paced, evoking the thrills and conspiracy theories of Dan Brown. Keefe does a good job spacing out the clues to the mystery of Digger's bones, keeping the reader guessing as to where the next clue will lead Angie. He also throws in several plot twists that turn the story in a completely different direction. I can't get into the twists here without giving them away, but the stakes exponentially rise with each new revelation.

Digger's Bones is a commendable effort, but it falls short in ways that keep it from rising above the other religious conspiracy thrillers on the market.

For example, an “every woman” like Angie Cooper manages to elude or fight off supposedly professional hit men way too often. There were so many scenes like this that I expected another attempt on her life – and escape – every time she walked out the door. The deus ex machina got very thick at times.

And while Angie is a sympathetic character and heroic in many ways, her story motivations seemed confused. One moment she “swoons” over old boyfriend Jack Reilly and wants “nothing more” than to be his wife, but in the next she wants “nothing more” than to find Digger's bones, even though Jack threatens to break up with her over her dangerous quest. It's not made clear why she wants so badly to be with a man who won't support her in something she feels is so important. Or why she's willing to lose the man she loves to pursue this quest.

But these issues aside, Digger's Bones is a good first effort by Keefe. The quality of his writing and the scope of his story are at a professional level. If he keeps in mind the lessons he learned in this first book, I have no doubt his Angie Cooper Series will take off.

You can find Digger's Bones on Amazon, Smashwords, Barnes & Noble, and in the Apple iBook Store. Find out more about Paul Mansfield Keefe at his web site.