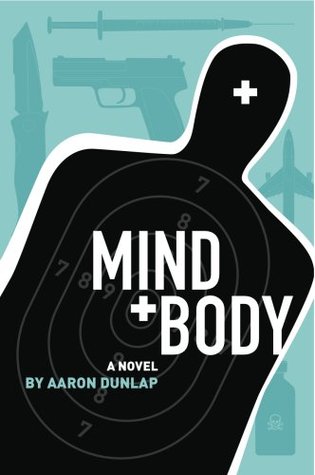 A sudden death of his father, a large inheritances, strange new powers of mind and body-these are the elements that suddenly disrupt the ordinary life of teenage Christopher Daniel Baker's life in Mind + Body by Aaron Dunlap. Aided by his friend Amy, Chris goes on a search to find answers to these puzzling events, trying to figure out who he really is. Before long, it becomes clear to Chris that the government is somehow involved: some mysterious entity is paying off the principal of Chris' school to keep him out of trouble.

Mind + Body is story that manages to create a mystery that is involving, particularly because it touches on some interesting subjects such as multiple personality, and the psychology and genetics of love and mating. The characters seem to find not answers but only new threads of something mysterious that seems to keep growing in magnitude. One wonders how are all these things are related to what is happening to Chris. This is, of course, the way that all good mysteries are supposed to be-some unexpected, incongruous, event takes place, compelling the character to search for answers, only to have him find new unknown elements that somehow relate to some huge mystery. There certainly is a huge mystery at the heart of this story, and it has to do with Chris and who he really is.

Another nice feature is the wealth of information that the writer infuses into the story, stuff like Austrian passbook accounts, USB drives that steal information, and a few other bits that remind of Clancy. Thrillers gain from a richly imagined world, and Dunlap is infusing his story with such rich and interesting detailing that it makes you feel as if you're participating in the story by learning. This is one reason why Clancy's stories were so popular-the reader was learning the secrets of global politics, submarine warfare, and other neat stuff, even if it was all pulled strictly out of thin air. Learning can be involving and can increase the reader participation. Something of that sort is at work in Mind + Body.

Of course, there are some glitches in this offering. For one, there seems to be no antagonist, the guy or guys who are out to do our protagonist in. In the Bourne Identity there were people who were trying to kill Bourne, but there is no one who is chasing Chris in Mind + Body, and I think the story would be better if there were. Nevertheless, Mind + Body is an interesting story written by a writer with some talent.

Reviewed by Podler
Posted by Anonymous

Second, if there was a clear-cut, obvious antagonist, I think the novel would be lessened. The plot is already very simple - if you simplify it further as well as simplifying the moral implications, we lose a lot of what makes the novel worthwhile.