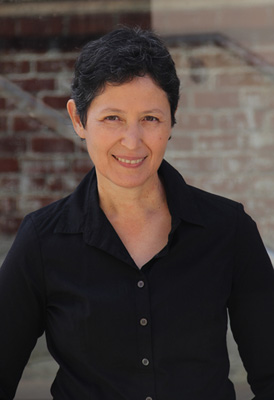 Today, we have the pleasure of interviewing M. Terry Green, the author of the Olivia Lawson Techno-Shaman series. As has been posted here previously, Green has been working on a new series entitled, The Chronicles of White World. With her permission, we revealed the cover for the first book, Iced, and an excerpt from the first chapter. Now, she's here to talk to us about the book.

New Podler: Thanks for being here with us today, Terry!

Terry Green: It’s a real pleasure, and thanks for having me!

NP: The cover for Iced is striking. As we're in the midst of a New England winter, the cover isn't helping me forget how cold it is outside.

TG: As we’re in the umpteenth year of drought here in LA, having only just ended 375 straight days when the high temperatures didn’t drop below 60°F, the cover for Iced is a fond, fervent wish for me.

NP: The cover for Iced was created by RPG and book illustrator, Tom Edwards. Most of his work has been very dark, not necessarily in tone, but in color. Did that play a role in your artist selection?

TG: You know, I don’t really see them as dark at all. Then again, my favorite color is black, both in color and tone.

NP: So what drew you in?

TG: Tom makes a world. Each and every piece of artwork I’ve seen of his seems to create some other place entirely. As surely as novels have backstory and world building, I think artwork has it too. I’m immediately transported by his work and always find myself curious to know more.

NP: As we read in your "cover story" guest post, designing book covers is hard work. By my count you went through four cover design styles over the course of the Techno-Shaman series. How has that experience shaped your approach for this series?

TG: I just try to get out the way! I know I’m not up to the task myself, though budget drove me to try my hand in the beginning. For this series, I wanted to put my best foot forward right from the get go. I gave the barest sketch of the environment, the heroine, and the story to Tom. At times, he even had to ask for more information. I’ve found when chatting with readers or seeing their reviews, that my experience of the story can be very different from theirs. I think that’s true of the audiobooks, and I also think that’s true of the covers. A big part of the fun for me is finding someone with amazing talent who then just does what they’re already doing. The end product may not sound or look anything like what was in my head, but I think that’s awesome! There’s also a degree of trust when you place your work in the hands of another creative. For me that goes back to finding the right person in the first place. 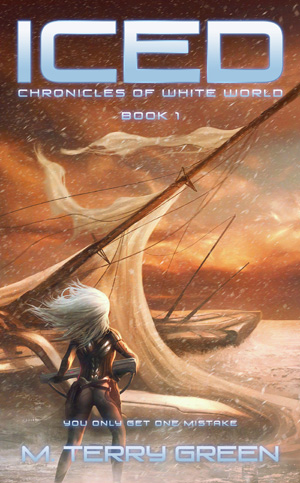 NP: What can you tell us about the world where Iced takes place? Besides the fact that it's very cold!

TG: Iced is set on a far future earth. Though it’s fiction, I’ve based it on theories about our planet’s real past during eras that have been called “snowball earth” or “slushball earth.” It’s harsh. Luckily, my heroine is up to the task of surviving. :) Hey, maybe that’ll make for some prequels—all those weaklings who didn’t make it. Or not.

NP: Are there any cultural or political remnants of today still around? Or have the glaciers ground up everything from our world?

TG: It’s definitely a world with remnants of our own. But like other dystopian works, what remains is fractured. In that far future, only the most robust elements survive and frequently they’re cruel: autocratic rule, slavery, and some nasty creatures. On the other side, I’ve also elevated the roles of scientists as preservers of knowledge, people taking an active interest in the preservation and betterment of the human race.

NP: How do people survive? There's nothing to eat around here once the ground freezes. Is it like Minnesota where everyone is ice fishing?

TG: I like to think of it as ice fishing on a big scale. The only viable places for human habitation are places of warmth, near volcanos and fumaroles. Some sea life has survived, but it’s a matter of knowing where to drill. As I built the world, I did quite a bit of research into the latest discoveries that scientists are making in the Arctic, particularly when it comes to what types of life survive under the ice. It’s not easy to survive on White World, but it’s doable.

NP: In the excerpt, it appears that everyone gets around via iceboat—in essence, trimarans equipped with skate blades. While it's a mode of transportation that's been around for centuries, it's seldom used. And forget about seeing it in fiction. Have you done it yourself?

TG: I haven’t but I’d adore it! For the book, I watched videos and looked at sites that talked about how to make your own ice yacht. I’ve looked into land sailing on the ancient, dry lake beds near Las Vegas. That’s most definitely something I intend to try. Thanks for the reminder!

NP: Thirteen is an odd choice for the name of a protagonist. Is there anything you can share with us about her, without revealing any spoilers that is.

TG: Unlike the winning and compassionate protagonist of my previous series, Thirteen’s life has been brutal. As an escaped slave, she may know how to survive, but she has a lot to learn about being human. ‘Thirteen’ is only the name that she goes by because she doesn’t know her real name. But it’s something she’d dearly like to find out.

NP: One final question: What's up with all of your protagonists having white hair?

TG: I’m trending that way myself. They say write what you know. My next series will take place in an albino geriatric ward. That’ll take some research for a change.

NP: That's going to do it for me. If anyone in the audience has any questions for Terry, please post them in the comments.

Thanks again for joining us today, Terry. This was fun and illuminating. =)

TG: This was totally fun! I don’t think I’ve ever smiled at my laptop so much. And thanks for skipping the pirate talk.

NP: Iced is available now for pre-order and is scheduled to go live on February 10th.